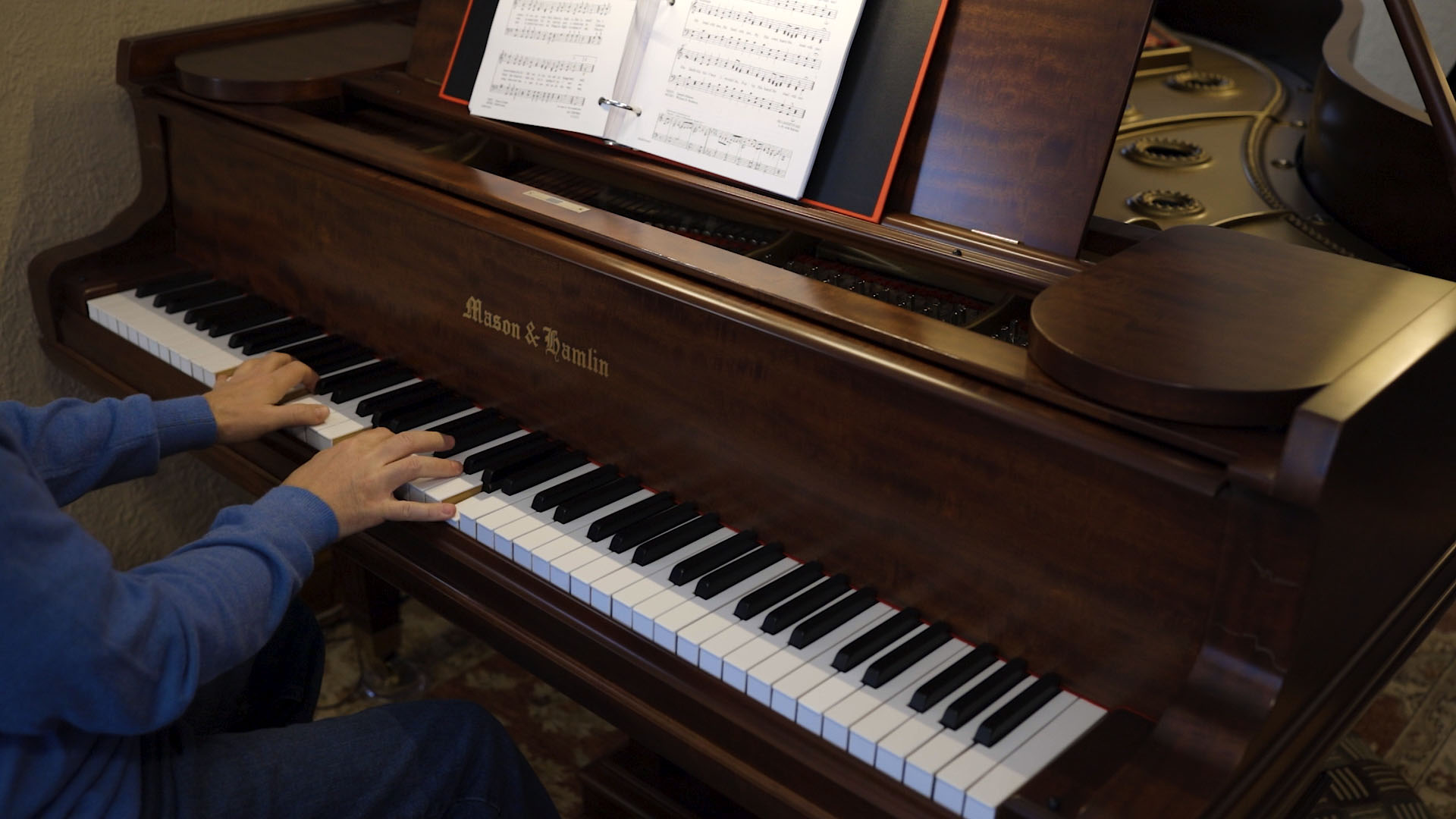 Today’s video features the hymn He Leadeth Me. Written by Joseph Gilmore in 1862 during the Civil War, the lyrics came to Gilmore as he was preparing a sermon on Psalm 23. The music was composed by William B. Bradbury a couple years later.

He leadeth me! O blessed thought!
O words with heav’nly comfort fraught!
Whate’er I do, where’er I be,
Still ’tis God’s hand that leadeth me!

Lord, I would clasp Thy hand in mine,
Nor ever murmur nor repine,
Content, whatever lot I see,
Since ’tis Thy hand that leadeth me!

And when my task on earth is done,
When, by Thy grace, the vict’ry’s won,
E’en death’s cold wave I will not flee,
Since God through Jordan leadeth me!

For those who are not familiar with the 23rd Psalm, here are the verses that inspired the text of today’s hymn. Thank you for listening!

“The LORD is my shepherd; I shall not want. He makes me to lie down in green pastures; He leads me beside the still waters. He restores my soul; He leads me in the paths of righteousness for His name’s sake.”