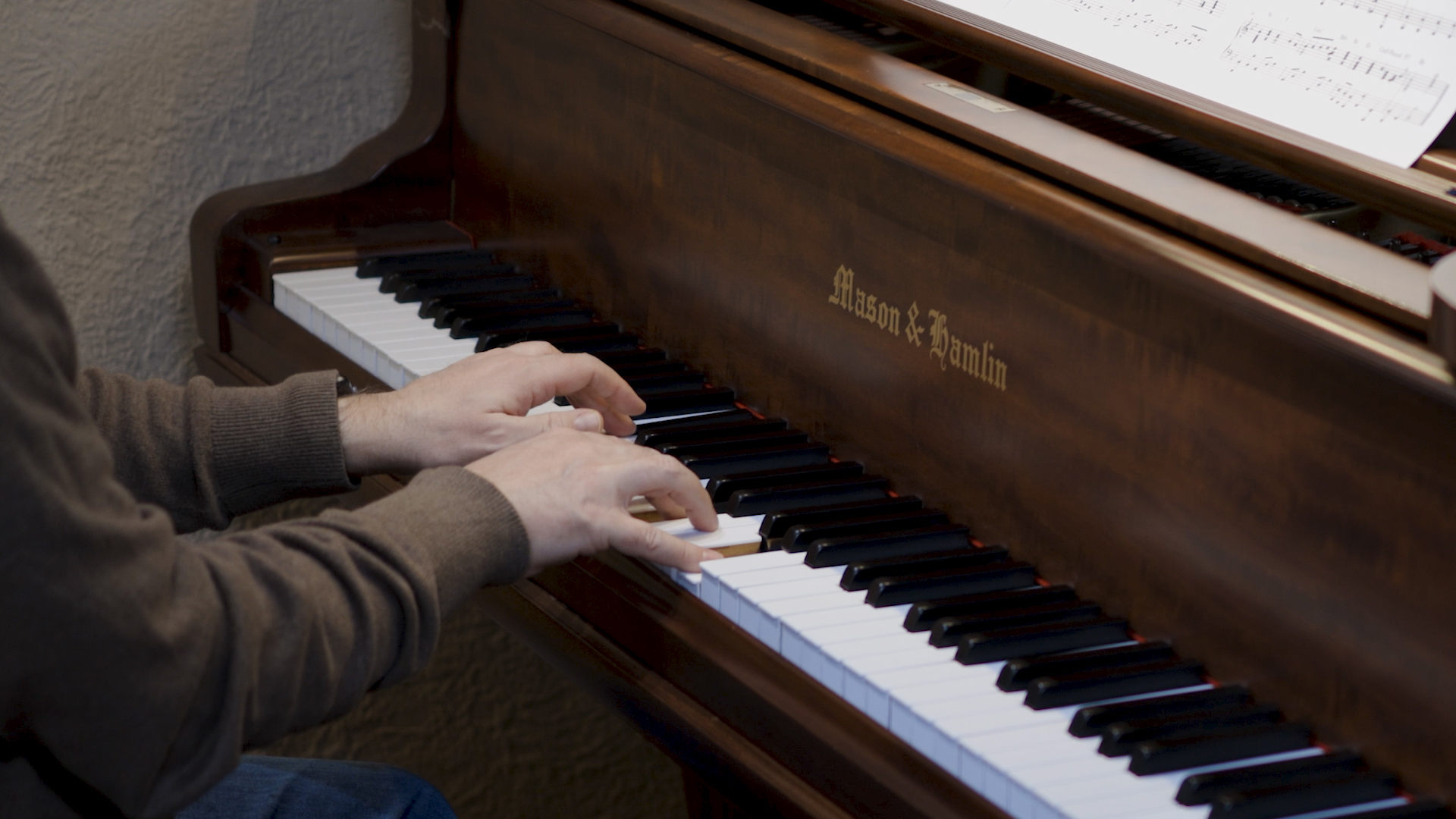 A number of weeks ago I was giving some thought to which hymns I should record next. I knew that the season during which Christians remember the death, burial and resurrection of Christ was approaching. So I decided to record several hymns in celebration of those most important events in history. This week’s video starts things off with “All Glory, Laud and Honor”, a hymn of praise and celebration remembering Christ’s triumphal entry into Jerusalem the week leading up to his death.

Saint Theodulf, Bishop of Orléans, wrote the text in 820. He is believed to have been born in Italy, and was brought to France around the time of Charles the Great’s return in 781. Theodulf was imprisoned in 818 under suspicion of being concerned in the plot in favor of Bernard of Italy. It was during his imprisonment that he wrote the text for today’s hymn, just one year prior to his death.

The music was composed in 1613 by Melchior Teschner. Born in Poland in 1584, Teschner studied philosophy, theology and music at the University of Frankfurt an-der-Oder. He later went on to study at the universities of Helmstedt and Wittenberg, Germany.

All glory, laud and honor
To Thee, Redeemer, King,
To whom the lips of children
Made sweet hosannas ring.
Thou art the King of Israel,
Thou David’s royal Son,
Who in the Lord’s name comest,
The King and Blessed One!

The company of angels
Are praising Thee on high,
And mortal men and all things
Created make reply.
The people of the Hebrews
With palms before Thee went.
Our praise and prayer and anthems
Before Thee we present.

To Thee, before Thy passion,
They sang their hymns of praise;
To Thee, now high exalted,
Our melody we raise.
Thou didst accept their praises–
Accept the praise we bring,
Who in all good delightest,
Thou good and gracious King!

​1 Now when they drew near Jerusalem, and came to Bethphage, at the Mount of Olives, then Jesus sent two disciples, 2 saying to them, “Go into the village opposite you, and immediately you will find a donkey tied, and a colt with her. Loose them and bring them to Me. 3 And if anyone says anything to you, you shall say, ‘The Lord has need of them,’ and immediately he will send them.”
4 All this was done that it might be fulfilled which was spoken by the prophet, saying:
5 “Tell the daughter of Zion,
‘Behold, your King is coming to you,
Lowly, and sitting on a donkey,
A colt, the foal of a donkey.'”
6 So the disciples went and did as Jesus commanded them. 7 They brought the donkey and the colt, laid their clothes on them, and set Him on them. 8 And a very great multitude spread their clothes on the road; others cut down branches from the trees and spread them on the road. 9 Then the multitudes who went before and those who followed cried out, saying:
“Hosanna to the Son of David!
‘Blessed is He who comes in the name of the LORD!’
Hosanna in the highest!”
10 And when He had come into Jerusalem, all the city was moved, saying, “Who is this?”
11 So the multitudes said, “This is Jesus, the prophet from Nazareth of Galilee.”