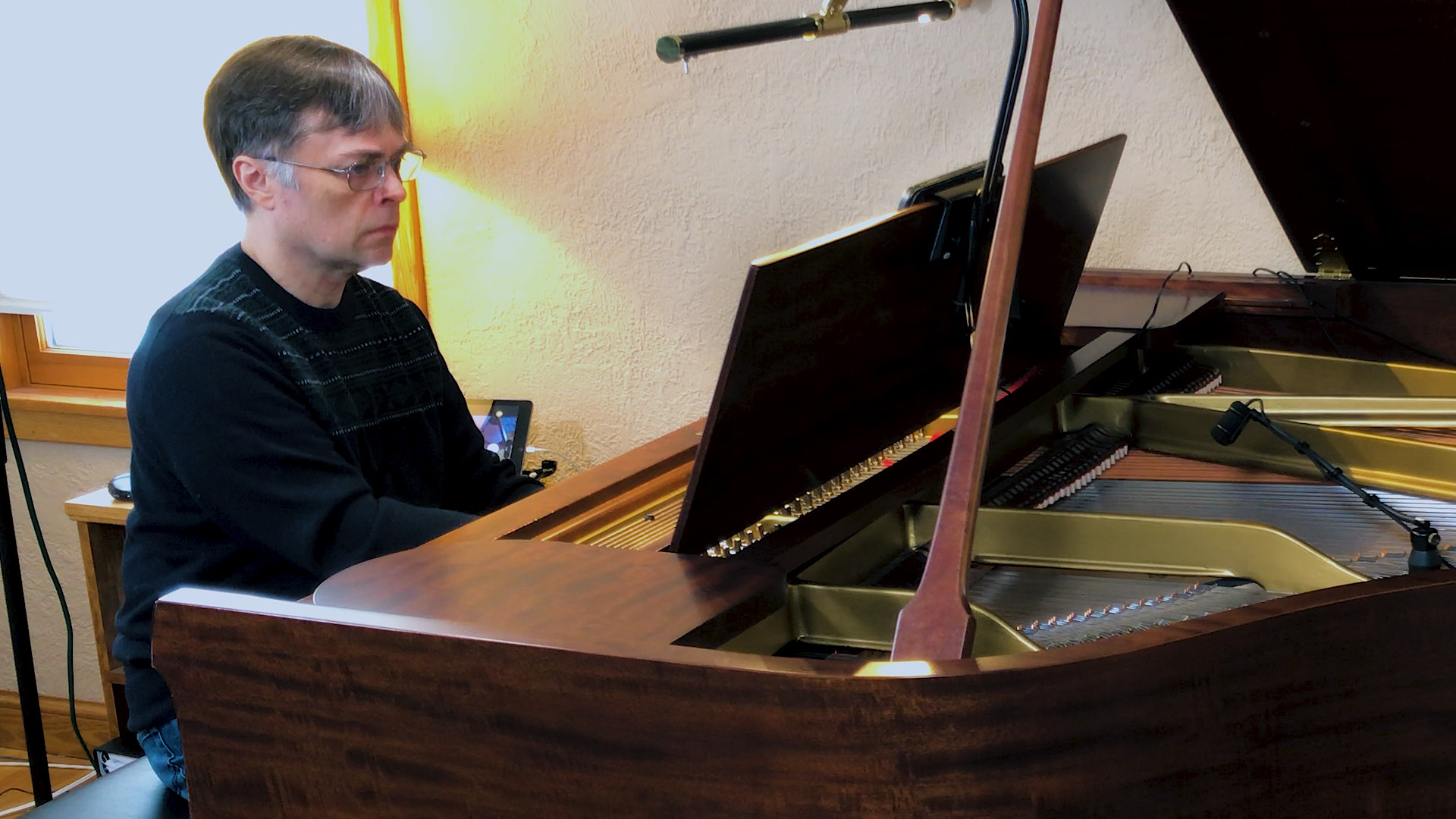 Today’s video features the well-known Christmas hymn, “It Came Upon A Midnight Clear.” It is unique among the Christmas hymns in most hymnals in that it does not mention the birth of Christ. Instead the lyrics focus on the song the angels sang to the shepherds, “Peace on the earth, good will to men.”

Edmund Hamilton Sears wrote the lyrics in 1849, with the amidst social strife and the looming Civil War. An original third verse, now missing from our hymnals, makes it clear what Sears’ concerns were when he penned the words:

But with the woes of sin and strife
The world has suffered long;
Beneath the angel-strain have rolled
Two thousand years of wrong;
And man, at war with man, hears not
The love-song, which they bring:
O hush the noise, ye men of strife,
And hear the angels sing!

Sears was born in 1810 in Berkshire County, Massachusetts. He graduated from the Theological School of Harvard University in 1837 and became pastor of the Unitarian Society of Wayland, Mass., in 1838. He retired in 1847 due to poor health, and devoted himself to literature.

The music was composed by Richard Storrs Willis in 1850. Willis, born in 1819 in Boston, Massachusetts, attended Yale College where he was a member of the Skull and Bones in 1841. He spent six years in Germany where he became a personal friend of classical composer Felix Mendelssohn. Upon returning to America, Willis served as music critic for several publications including the New York Tribute. Another well-known hymn composed by Willis is “Fairest Lord Jesus.”

It came upon the midnight clear,
That glorious song of old,
From angels bending near the earth
To touch their harps of gold;
“Peace on the earth, good-will to men,
From heav’n’s all-gracious King!”
The world in solemn stillness lay
To hear the angels sing.

Still thru the cloven skies they come
With peaceful wings unfurled,
And still their heav’nly music floats
O’er all the weary world;
Above its sad and lowly plains
They bend on hov’ring wing,
And ever o’er its Babel sounds
The blessed angels sing.

And ye, beneath life’s crushing load,
Whose forms are bending low,
Who toil along the climbing way
With painful steps and slow,
Look now! for glad and golden hours
Come swiftly on the wing:
O rest beside the weary road
And hear the angels sing.

For lo, the days are hast’ning on,
By prophets seen of old,
When with the ever-circling years
Shall come the time foretold,
When the new heav’n and earth shall own
The Prince of Peace their King,
And the whole world give back the song
Which now the angels sing.

13 And suddenly there was with the angel a multitude of the heavenly host praising God and saying:
14 “Glory to God in the highest,
And on earth peace, goodwill toward men!”