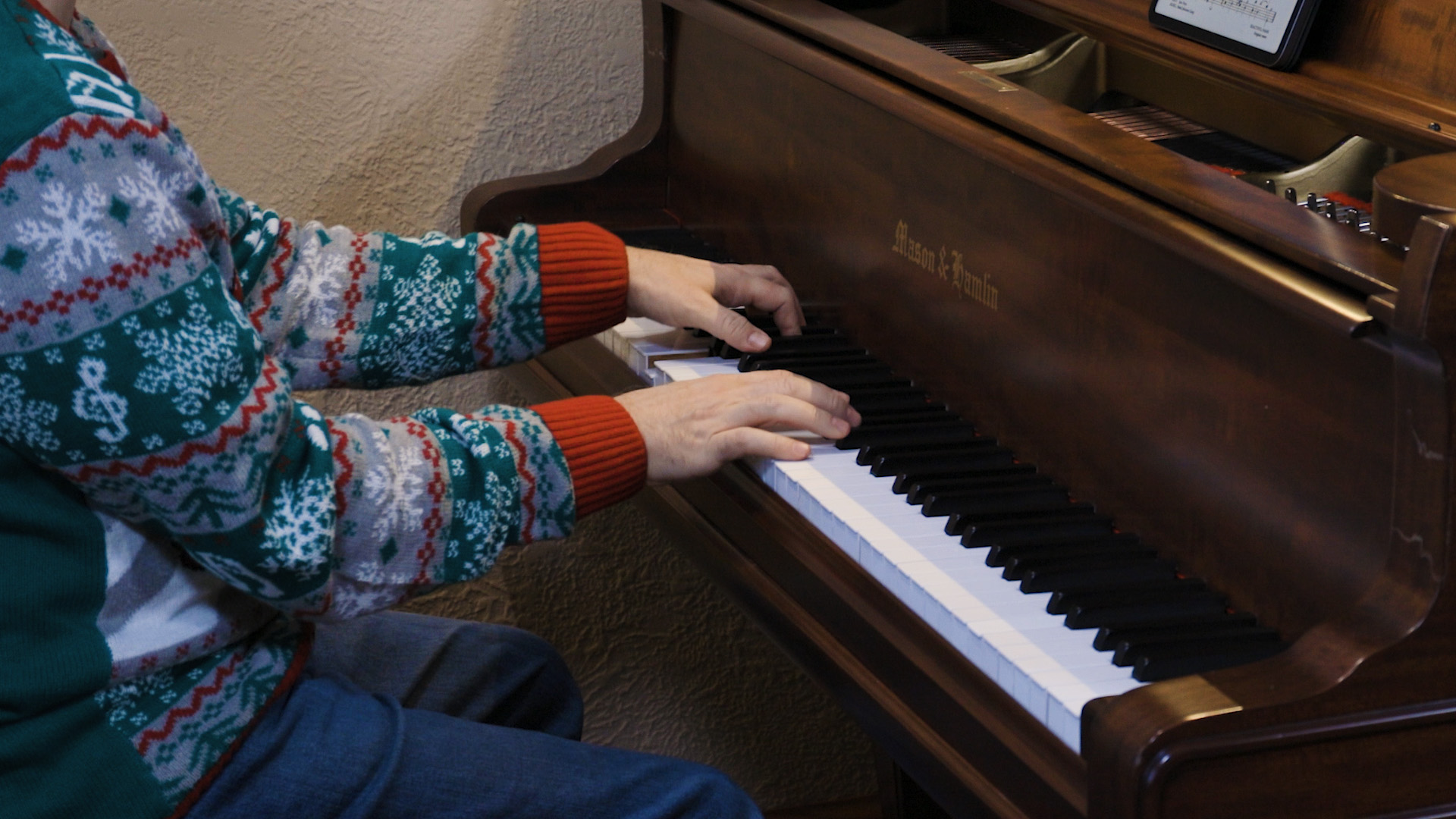 Today’s video features the hymn, “That Beautiful Name.” Very little is known of the author of this hymn. The lyrics were written sometime around 1916 by Jean Perry. All we know of her is that she was born in 1865 and died in 1935. The message of the hymn starts by speaking of the birth of Christ, but proceeds to His death on the cross and the salvation made free to all who believe.

The composer of the tune was Mabel Johnston Camp. It seems that Jean Perry had given her the poem hoping to have the lyrics set to music. Mabel made the attempt, but was not happy with the results so she tore it up and tossed it in the waste basket. Her husband, Norman Camp, found the torn up music and pieced it back together. He thought the music was a fitting setting for the lyrics, and convinced his wife to have it published.

I know of a name,
A beautiful name,
That angels bro’t down to earth;
They whispered it low
One night long ago,
To a maiden of lowly birth.

I know of a name,
A beautiful name,
That unto a Babe was given;
The stars glittered bright
Thro’out that glad night,
And angels praised God in heav’n.

The One of that name,
My Savior became,
My Savior of Calvary;
My sins nailed Him there,
My burdens He bare.
He suffered all this for me.

I love that blest name,
That wonderful name,
Made higher than all in heaven;
’Twas whispered, I know,
In my heart long ago,
To Jesus my life I’ve given.

21 And she will bring forth a Son, and you shall call His name JESUS, for He will save His people from their sins.”

5 Let this mind be in you which was also in Christ Jesus, 6 who, being in the form of God, did not consider it robbery to be equal with God, 7 but made Himself of no reputation, taking the form of a bondservant, and coming in the likeness of men. 8 And being found in appearance as a man, He humbled Himself and became obedient to the point of death, even the death of the cross. 9 Therefore God also has highly exalted Him and given Him the name which is above every name, 10 that at the name of Jesus every knee should bow, of those in heaven, and of those on earth, and of those under the earth, 11 and that every tongue should confess that Jesus Christ is Lord, to the glory of God the Father.