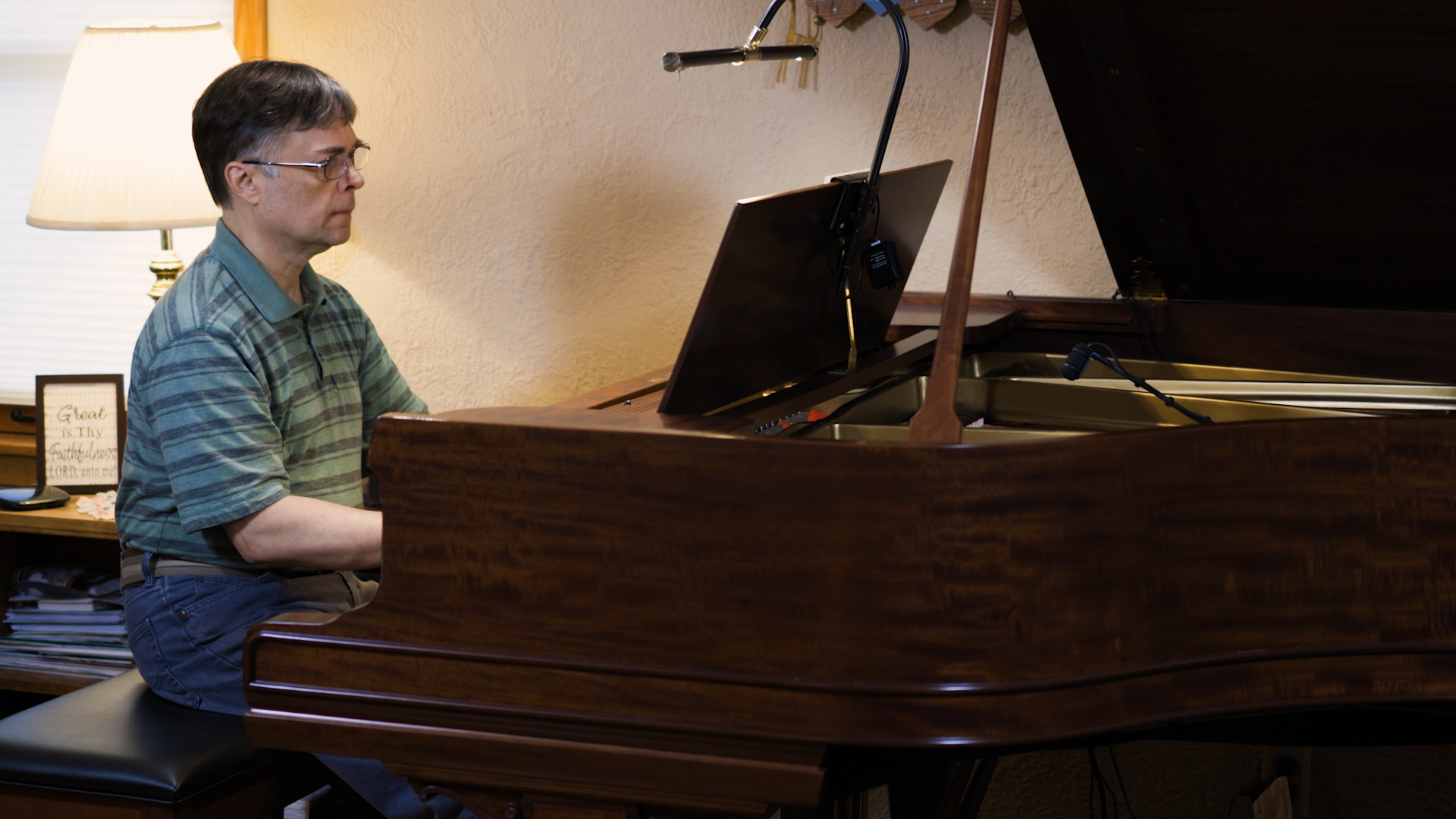 This week I’d like to share with you the hymn, “Leaning On The Everlasting Arms.” Published in 1887, Elisha Hoffman penned the lyrics to the verses while Anthony Showalter authored the refrain and composed the music.

Hoffman was born in 1839 in Orwigsburg, Pennsylvania. He graduated from Union Seminary, PA and in 1868 he became an ordained Presbyterian minister. He also worked in the publishing branch of the Evangelical Association for over a decade. Throughout the 1880’s he served in numerous chapels and churches throughout Cleveland. Hoffman wrote more than 2,000 gospel songs during his lifetime. “Glory To His Name,” “I Must Tell Jesus,” and “Are You Washed In The Blood” are among his more popular hymns.

Anthony Showalter was born in 1858 in Cherry Grove, Virginia. His father trained him musically. Showalter later enrolled in the Ruebush-Kieffer School of Music. By age 14 he was teaching a technique called “shape note” singing. For more information on this interesting musical notation, see: https://www.britannica.com/art/shape-note-singing. Later in 1884 Showalter formed the Showalter Music Company in Dalton, Georgia. In addition to offered printing and binding services, his company published hymnals, songbooks, schoolbooks, magazines and several newspapers.

One evening, Showalter received two letters, each from a former music student. Both were grieving over the deaths of their wives. He recalled a sermon he had recently heard, about how the arms of Moses were held up during Israel’s battle with the Amalekites, ensuring victory (see Exodus 17:8-16). Deuteronomy 33:27 also came to mind. It speaks of the everlasting arms of God, our refuge. As a result, Showalter was inspired to write a tune and the refrain for a hymn, but was unable to come up with the verses. He wrote to his friend Elisha Hoffman, who gladly wrote the lyrics to the verses. The result is what we have today in the hymn, “Leaning On The Everlasting Arms.”

11 And so it was, when Moses held up his hand, that Israel prevailed; and when he let down his hand, Amalek prevailed.

27 The eternal God is your refuge,
And underneath are the everlasting arms;
He will thrust out the enemy from before you,
And will say, ‘Destroy!’

3 that which we have seen and heard we declare to you, that you also may have fellowship with us; and truly our fellowship is with the Father and with His Son Jesus Christ. 4 And these things we write to you that your joy may be full.