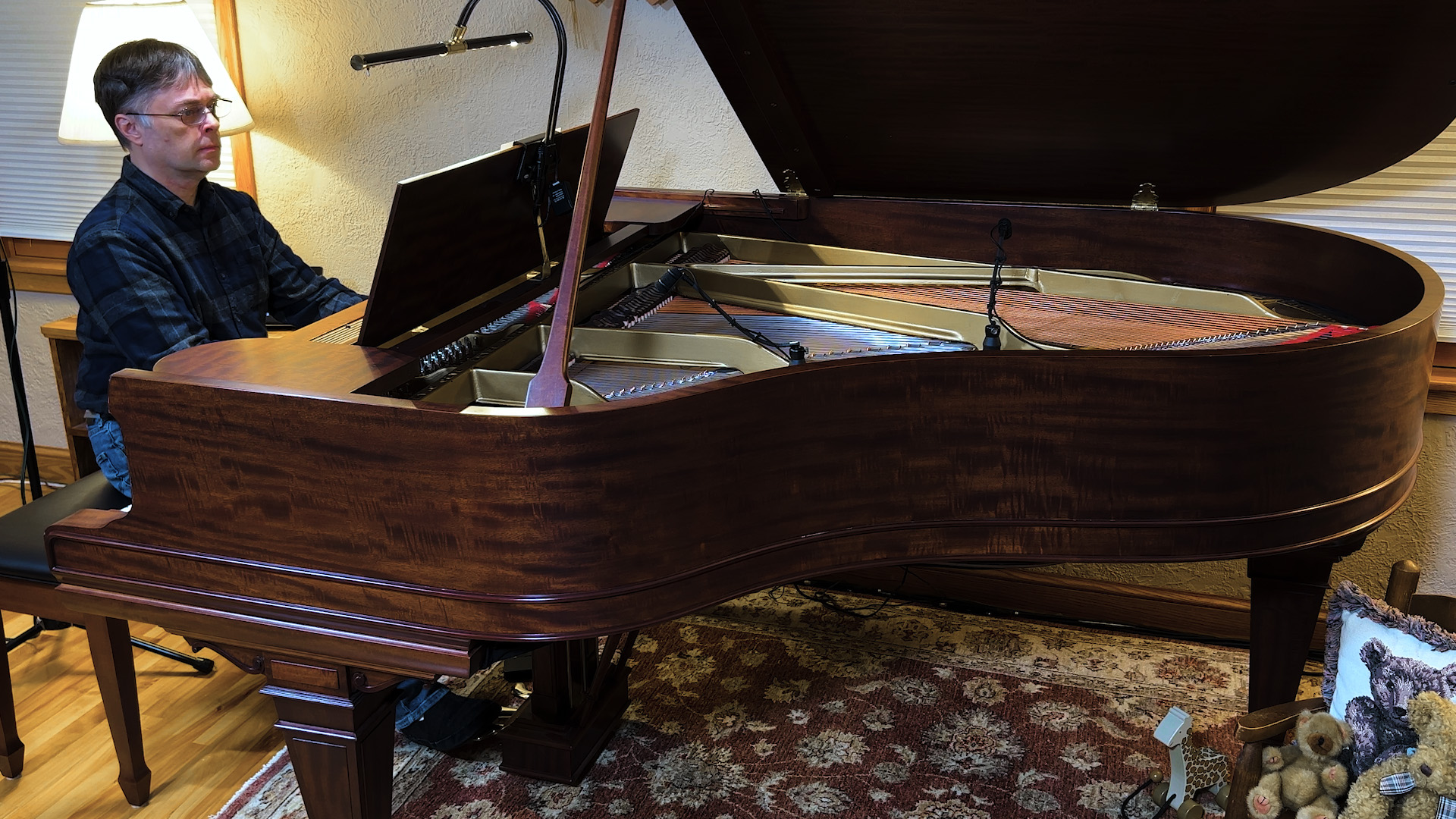 As we approach the Christmas season once again, I’ve selected the hymn, “Angels, From The Realms Of Glory”. The lyrics were written by James Montgomery in 1816. Born in Irvine, Ayrshire, Scotland in 1771, he was the son of a pastor and missionary of the Moravian Brethren, one of the oldest Protestant denominations in Christianity. When James was just five years old, his parents both died while on a missions trip to the West Indies.

Montgomery lived through some difficult times of political repression. He was editor of the Sheffield Iris, a newspaper that occasionally embraced radical causes. Twice he was imprisoned on charges of sedition. While in prison, he published a pamphlet of poems: Prison Amusements. He went on to write more poetry, eleven volumes in all, in addition to over 400 hymns including “Stand Up And Bless The Lord”, “According To Thy Gracious Word” and “A Poor Wayfaring Man of Grief”.

The music was composed by Henry Thomas Smart in 1866. Smart was born in Marylebone, London, England in 1813. He wrote a number of well-known tunes such as “For The Beauty Of The Earth” and “Lead On, O King Eternal.”

Angels, from the realms of glory,
Wing your flight o’er all the earth;
Ye who sang creation’s story,
Now proclaim Messiah’s birth:
Come and worship, come and worship,
Worship Christ, the newborn King.

Shepherds, in the fields abiding,
Watching o’er your flocks by night,
God with man is now residing,
Yonder shines the infant Light:
Come and worship, come and worship,
Worship Christ, the newborn King.

Saints before the altar bending,
Watching long in hope and fear,
Suddenly the Lord, descending,
In His temple shall appear:
Come and worship, come and worship,
Worship Christ, the newborn King.

13 And suddenly there was with the angel a multitude of the heavenly host praising God and saying:
14 “Glory to God in the highest, And on earth peace, goodwill toward men!”

10 that at the name of Jesus every knee should bow, of those in heaven, and of those on earth, and of those under the earth, 11 and that every tongue should confess that Jesus Christ is Lord, to the glory of God the Father.